History of PDS and USN 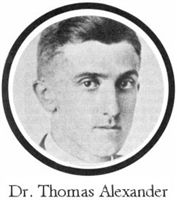 Much of University School’s legacy as a regional leader in independent school education can be traced to its Winthrop Model School and Peabody Demonstration School history.
Founded in 1888 by the Peabody Board of Trustees on the University of Nashville campus, then home to the State Normal College for teachers, the Winthrop Model School was named for Robert Winthrop, the president of the Peabody Fund, created by George Peabody after the Civil War to improve education in the South. To quote Paul Conkin’s history Peabody College, “The Winthrop Model School did not allow practice teaching, only observation. [Peabody Normal College President W.H. Payne] wanted a level of artful instruction that far surpassed what a beginning student could offer.”

But by 1913, the Winthrop School had lost the support of what had become George Peabody College for Teachers, which had left the old campus. The Winthrop School’s last graduating class numbered only 28.

In 1915, planned and led by Dr. Thomas Alexander, the Peabody Demonstration School was founded on Peabody's new campus on 21st Avenue, combining the old observational method favored by Payne and the new experimental methods of teacher training. At first the school was located in the basement of the Jesup Psychological Building. In 1925 the present building, designed in the classical style by the architectural firm of McKim, Mead, and White, was completed on Edgehill Avenue.

The colors of Peabody Demonstration School and of University School of Nashville, its successor, are the same as those of its ancestor, the University of Nashville: garnet and Columbia blue.

Peabody Demonstration School quickly earned an excellent reputation for its curriculum and faculty. It also gained respect for its early commitment to diversity, a commitment which remains a defining strength of a USN education.

USN’s legacy of excellence continues in its faculty, which is consistently listed by students, parents, and alumni as University School’s greatest strength. In addition to superb academic training, USN’s teachers bring to their classrooms an abiding belief in the importance of attention to the individual student.